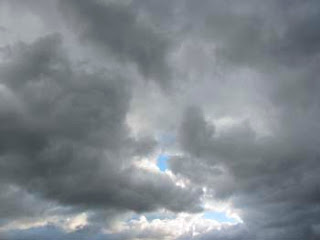 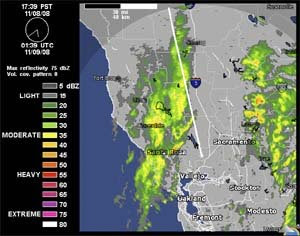 Winter has arrived in Northern California - November 1 & 2 we got some much needed rain,
and everyone has pulled the rainy weather wardrobe out of the back of the closet,
where it has been parked since last May.
Last Sat., 11/8/08, was another stormy wet day.
It gave me some time to gather a few loose ends & thoughts...

Why have my posts recently been heavy on darkroom, & light on digital?

In 25 words or less? - because the new camera I bought last Xmas has been a disappointment.
Four years ago, I got a really simple Canon Powershot A-40, image size 1200x1600 pixels. No camera raw, just jpeg's.
It was the first time I have been able to collect 'source material' in color, the way I have been able to w/ B&W since about 1974 or '75.
So for a few years, I just 'messed around' with it - I know color is very different from B&W, and I figured it was going to take me a while to figure out what I wanted to do, in color.
By the end of last year, I figured it was time to 'move up' - I don't have the funds for anything really top o' the line, but I thought that a Canon Powershot SX 100 capturing 2400 x3600 pixels would be a big improvement, it's 4 times as many pixels, right?
Is it a big improvement?
Wrong. No. Bummer.
The 2400x3600 pixels just don't have the sharpness, the saturation or clarity that the 1200x1600 pixel shots do.
This camera does all kinds of things I have NO interest in - movies? audio? panorama stitching?
Please! I want a camera that is JUST a camera, and is focused on, and designed to do that, well - to hell w/ all the rest of it.
Lense quality seems to be the last thing on manufacturer's agendas - when I shoot a copy of a montage print, w/ the aforementioned camera, just by laying it on the floor, and holding the camera 3 or 4 feet above it, the barrel distortion is outrageous - the straight edges of a 16x20" piece of paper bulging out, like my print ate at MacDonald's for month. And 'super-sized' every order. Kinds reminds me of the quality of low end zoom lenses, when they first arrived in the mid 70's.
I don't expect a 300$ camera to rival a Leica, or my Pentax 6x7, but hey, c'mon, it should be a bit better than this.

That's why I've been slacking a bit on the digital end of things.
So beware when buying a digital camera!
'Mega pixel' size isn't really a measurement of quality.
It all makes me love film!... my Pentax 6x7, and simple Yashica D, that much more.
I've always been inspired by things other than what that goes on in the 'photo' or 'art' world.

Three books you should read, IMHO, before you die:


Songlines - Bruce Chatwin
I have a copy of a paperback edition, all 294 pages of it.
The first 162 pages are an account of the authors travel in Australia.
From page 163 on is "'From the notebooks' - This is the best part, and truly 'the heart of the matter',
when it comes to his writing.

Secrets from the Center of the World - Joy Harjo, & Stephen Strom
A very small book of text/poetry & photos that packs a big wallop, it's about Navajo country, the four corners area in the US southwest -
I have a hard time deciding whether I should put her or Bruce Chatwin first - Let's call it a draw, OK?
She is a member of the Muscogee (Creek) Nation of Oklahoma, and her Native American mindset
shines through in everything she writes.

The Snow Leopard - Peter Mathiessen
...an account of his two month journey along with naturalist George Schaller in 1973 to Crystal Mountain, in the Dolpo region on the Tibetan Plateau in the Himalayas.

On Anarchism:
"Anarchism is not a romantic fable but the hardheaded realization, based on five thousand years of experience, that we cannot entrust the management of our lives to kings, priests, politicians, generals, and county commissioners."

http://en.wikipedia.org/wiki/Edward_Abbey
http://www.abbeyweb.net/
(The subtitle on this page reads:
"Enter at your own risk. Carry water. Avoid the noonday sun. Try to ignore the vultures. Pray frequently.")

(("No more eloquent nor dearly human writing on geology can be found than in the works of New Yorker writer John McPhee. In Annals of the Former World (including Basin and Range, In Suspect Terrain, and Rising from the Plains), his enchantment with the subject…offers an entirely new prospect of how our earth became what it is, as well as where it might be going. McPhee's completion of the Annals comes with his most compelling book on the subject, Assembling California, a delicious field manual on the creation of the Golden State going back a few hundred million years."
--Peter Stack, The San Francisco Chronicle))

In 1978 and 1979, John McPhee also began his wider series of related journeys, traversing North America at about the fortieth parallel, using roadcuts of Interstate 80 as windows into regional geologies, and incidentally profiling the lives of the geologists with whom he travelled. A continental tetralogy, gathering under the title Annals of the Former World, began with Basin and Range (1980), and continued with In Suspect Terrain (1982) and Rising from the Plains (1986), and is now completed by Assembling California.


House of Rain - Craig Childs
(or anything he has written - I doubt you'll be disappointed - I wasn't.)

You may need to register as a NYT regular?, but it doesn't cost a dime,
it's the best damn newspaper in the U.S..... and they won't spam you.

The next four entries/posts?
ALL 'darkroom'!!! I promise!
Posted by CaliforniaSilverwizard at 6:27 PM No comments: