First, from the 'whatever catches my eye' file...

Eye of the storm: The jaw-dropping image of an enormous 'supercell' cloud
Nat'l Geo photo contest 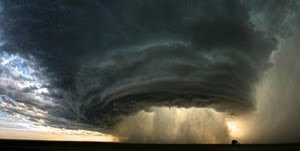 (all rights reserved to the photographer, I am sure!)

use the 'back' arrows on this page to view all the winners - a great collection!

The Record Industry's Digital Storage Crisis
http://www.rollingstone.com/culture/gear-up/blogs/November29/241172/238012
'The advent of digital technology was supposed to preserve content, including multitrack master recordings for songs and albums, forever. But when record labels have gone into their vaults to work with masters, they sometimes find that the recordings are just ... gone.
"That's the problem with digital," says Steve Webbon, head archivist of the Beggars Group, who faced that problem when he tried to reworkthe Cult's 1985 album Love. "When it goes, it's just blank." '
so.... has this made your mental wheels start spinning, w/ back up plans?
It should.
--------------------------------------------
Rock stars: World's greatest temples in stone
Hop on a tour with some of the world's most famous "rock stars," some with legacies that span thousands to even millions of years. 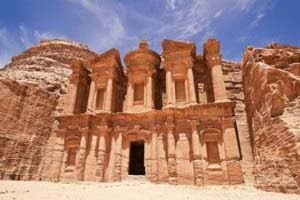 Thursday, December 9, 2010
photo caption:
©Yory Frenklakh
Found in Ma'an, a governorate of Jordan, Petra was established around the 6th century BC and is famous for its rock cut architecture.

http://www.sfgate.com/cgi-bin/article.cgi?f=/g/a/2010/12/09/rock_star_photos_120910.DTL
You may well be familiar with some of these, but some were surprises to me, that I wasn't aware of.
Sometimes comments sections are just a bunch of idiot wackos.. but sometimes there are very valid and intelligent remarks:
'No mention of the fact that the Taliban destroyed one of the greatest examples of large scale Buddha rock statues in the history of Afghanistan?'

'How can you forget Ayers Rock (Uluru) in Australia?'

Another commenter lamented 'what about Angkor Wat??'
Good question.

On to darkroom montage!

I've done a print previously, w/ this delapidated shack as the focus...
but there's nothing wrong w/ revisiting old images, and doing something new w/ them, is there?
Here's my photoshop sketch: 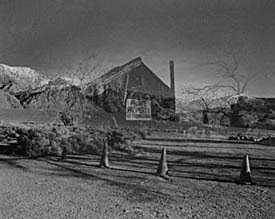 And here's a final darkroom print, one of 3: 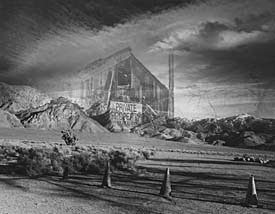 I have really liked what happened w/ this montage for a very long time:
www.bobbennettphoto.net/2003_4/7_stairs.html
It's just 2 images.....blended ( if I don't say so myself!) *Purr-fectly*!
If I had wanted to 'plan' this one?... I think i would have 'thought' too much, and that might get in the way of serendipity. And 'serendipity' is a thing you should have a lot of respect for!
When it happens? get out of the way!
I took much the same approach as I did to the 'stairway' image, expose the landscape, and dodge back the center to accommodate whatever I wanted to burn in there.
I had the neg of the 'desert space' with the cones placed 'just so' - i have no idea why someone placed them there - warning anyone to 'keep out' - keep out of what, exactly? I mean... who in their right mind would wander into this space/place without being 'heads up'?? And why should these silly cones slow anyone down?
That connected w/ the sign on the shack "Private property..."
The sky in the 'cone zone' shot is dull, so I replaced it w/ a much more interesting one. And did three prints, all slightly different, all 'keepers'.
Not as surprising as the 'stairs' above, but keepers just the same.
I don't think I've ever done a piece w/ 'spot' handcoloring, but this one could use it - just a wee bit of orange on the cones :-)
As usual, If you are so inclined, proceed on to a page at my site:

That's all for this year, folks - Have a very Merry 'Christmoose'! 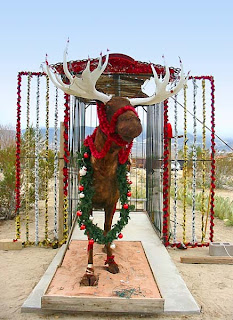