How about some more 'beach' in the beach blog!

What do you find at the beach?
One thing for sure, sand. Lots and lots and LOTS of sand!
It is infinitely malleable - if that word throws you, I'll save you from going to a dictionary:

Sand sets the stage for whatever else you might 'find' at the beach - your soul, sanity, peace of mind?
The beach is, after all, the boundary between the 3/10th's of the world we hold dear, the land and all that happens on it... and the 7/10ths of the world that is ocean, in some places 7 miles deep. We explore it relentlessly, and it's like the lyric in a Don Henley song:
"The more I know, the less i understand..."
So here's some sand... 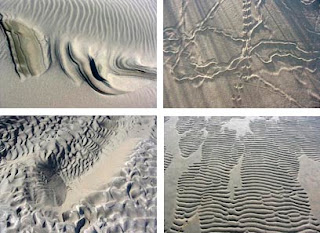 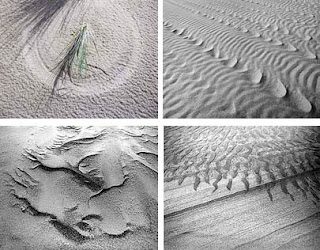 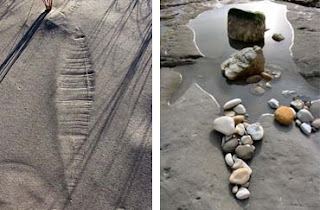 The last one on the right isn't sand but it is a product of the ocean
kicking things around, and then receding.
And it's one of my favorite beach photos.


And some sand that ain't much appreciated: 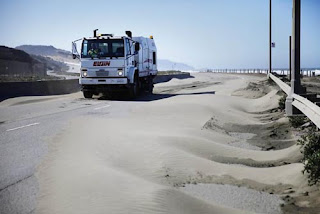 On April 8, severe winds blew thru SF (up to 75 mph), sent the Ocean Beach sand onto The Great Hiway, the westernmost street in SF, it runs north to south for some 40+ blocks, between the city and the beach. It became, suddenly, impassable.
"Thanks, Mom!"......Once again, 'mother nature' kicks us in the ass!

On Broad Beach, slim progress on restoring sand
Homeowners have spent millions on attorneys, engineers and consultants in an attempt to re-create the beach, which was battered by weather and rising tides.

I was not among those who dissed this film when it was released.
I LOVED it, have watched it several times since, and will be ordering up the new/recut version from NetFlix as soon as it is available. It is drop-dead gorgeous from beginning to end. 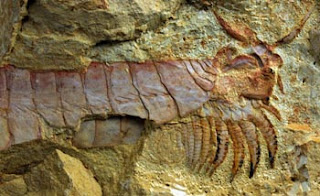 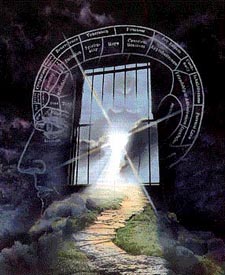 For photographer Tierney Gearon, her personal and artistic lives often collide. Her 2008 series “Explosure” not only examines Gearon’s life through double-exposed images, but it also plays upon themes of chance, controversy, and self-exploration.

Picturing the End of Analog
By DAVID GONZALEZ

Analog ain't dead yet. I still have a Beseler 45MXII enlarger living in my bathroom...
And a couple of boxes of B&W paper in the fridge. :-)
As the terminator put it so well... "Ah'll be back"!

Posted by CaliforniaSilverwizard at 10:06 AM No comments:

Labels: beach, Black and white darkroom montage, black and white photography, california beach, california coast, coast, ocean
Newer Posts Older Posts Home
Subscribe to: Posts (Atom)
I do both traditional B&W darkroom work (most notably photomontage), and digital work.
So the post topics alternate between the two.
I still feel that I am at my best... in the darkroom.
http://www.bobbennettphoto.net/DarkRm2/index.html