This one was made to be hand-colored, for sure!

But first, as always, the 'whatever catches my eye' file.
(BTW, all images here are, i am sure "© the photographer, or the website".)

Images of Japanese Americans in detention, during WWII

With his camera and Kodachrome film, Bill Manbo captured scenes of beauty, action and pleasure: the splash of a diver at a swimming hole, the smiles of ice skaters, the concentration of little boys shooting marbles, the bustle of a scout parade, the clash of sumo wrestlers. In the light of day, he snapped a rainbow that seemed to end at the roof of a latrine, tumultuous efforts to fight a barrack fire, teenagers playing a game of pickup baseball and inmates lined up for an afternoon showing of the movie “How Green Was My Valley.”
------------------------------ 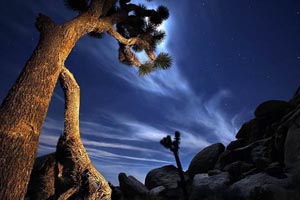 Do crows play? I do believe so - here's a frame i shot in the Marin Headlands of a crow coasting & soaring on the updrafts from fog burning off. It was cawing and cackling loudly, i was lucky to get 1 frame where it was in the frame, before it was beyond me. 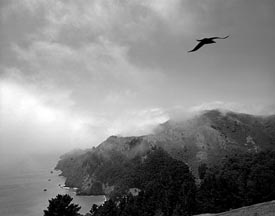 New Dating Puts Cave Art in the Age of Neanderthals

Photo fakery ain't nuthin new....not that it is any surprise....

Hiking to see pictograph art in Horseshoe Canyon, Utah
Some of the rock art in this remote part of Canyonlands National Park is more than 6,000 years old.
No one is sure what it means, but it speaks powerfully nevertheless.

MOSCOW — When Eugene Kaspersky, the founder of Europe’s largest antivirus company, discovered the Flame virus that is afflicting computers in Iran and the Middle East, he recognized it as a technologically sophisticated virus that only a government could create.

He also recognized that the virus, which he compares to the Stuxnet virus built by programmers employed by the United States and Israel, adds weight to his warnings of the grave dangers posed by governments that manufacture and release viruses on the Internet. 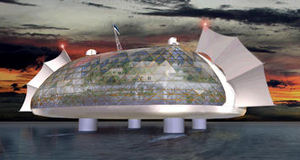 Colonizing the oceans to free human progress from the choking grasp of regulation has drawn a wealthy group of futurists, engineers, maritime lawyers and libertarians to San Francisco this weekend.
http://www.marinij.com/ci_20764433/seasteaders-gather-develop-ocean-cities

Birds may be dinosaurs that never grew up

Modern day birds may simply be dinosaurs that never grew up, researchers say. A comparison of fossilized skulls of juvenile dinosaurs with those of birds shows remarkable similarities, adding further evidence to the growing consensus that birds are evolutionary descendants of dinosaurs.
http://www.latimes.com/news/science/sciencenow/la-sci-sn-birds-dinosaurs-20120529,0,7306734.story

What Will Become of the Paper Book?
How their design will evolve in the age of the Kindle.

Just after I published the last recent post about road trips, I noticed these three:

What an incredible road trip this was! Before there were even roads as we know them.

In the 1860s and 70s, photographer Timothy O'Sullivan created some of the best-known images in American History. After covering the U.S. Civil War, (many of his photos appear in this earlier series), O'Sullivan joined a number of expeditions organized by the federal government to help document the new frontiers in the American West. The teams were comprised of soldiers, scientists, artists, and photographers, and tasked with discovering the best ways to take advantage of the region's untapped natural resources. O'Sullivan brought an amazing eye and work ethic, composing photographs that evoked the vastness of the West. He also documented the Native American population as well as the pioneers who were already altering the landscape. Above all, O'Sullivan captured -- for the first time on film -- the natural beauty of the American West in a way that would later influence Ansel Adams and thousands more photographers to come. 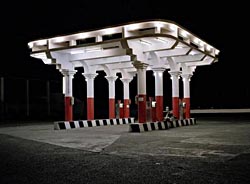 An advisory to readers who may be driving on this Memorial Day weekend: If, as you travel the nation’s highways, you spot a hitchhiker with a wiry build, a pencil mustache and a mischievous look in his eyes, you may not wish to pick up this person. Unless, of course, you are certain it is the cult filmmaker John Waters, thumbing his way across the country in search of material for a new book.

Very informative, better than i could do:

I used to have an unwritten rule - once I used a neg in a montage, I 'retired' it, didn't use it again. For the last 12 years, my day job (yes, 'day job' - i still need one of those, you don't think i can pay the rent in expensive Marin County California w/ my montage work, do you?) ..has been doing digital printing, mostly reproductions of art, and i have noticed that many artists keep reworking the same ideas, over and over (and over!) again... so why can't I do the same thing? Only my (stupid) unwritten rule.
So I did yet another one with this face.... In the flames!...aglow!!!

The title is from a Warren Zevon song, 'Mohammed's Radio':

"In comes the village idiot, his face is all aglow,
he's been up all night listening to Mohammed's radio..."

The darkroom print is pretty straightforward - i exposed the flames w/ a little dodging in the center where the face would be, and then burned in the face - that's pretty simple, hunh? 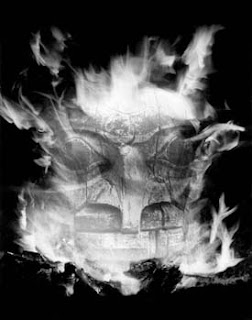 But as always, it's the choice on negatives and composition that makes it work, if i say it a dozen or a hundred times, i will probably have not said it often enough - there is so much 'photography' these days that depends on post production/ photoshop work... to me as a traditional photographer, it all feels a bit like cheating. In fact i have seen commercial photogs blow off fixing things when they shoot, figuring they will fix it later. I wonder how well they would have done 20 or 30 years ago...?

I did a hand-color on the darkroom print, and a digital 'hand (on the mouse) coloring'.

They're of course each a little different. What i am seeing as i make these digital-to-hand color comparisons is that the handcolor(darkroom print) has a warmth and a certain 'je ne sais croi' ( that's french for 'i don't know (exactly) what', and I'm not sure i spelled it correctly) .....that the digital doesn't have.
Or maybe i should say it takes a whole lot more work in digital to get the same effect i can get in less than an hour w/ some cotton balls and q-tips.
Here's the digital version: 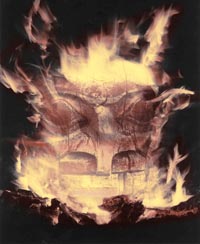 Here are a few comments/thoughts about hand-coloring, as background', from a previous post:

http://californiasilverwizard.blogspot.com/2009/06/hand-coloring-b-photo-prints-dying-art.html
When i recently reviewed this, i was once again struck by how much 'things have changed' and how little the current sets of colors do for me.
I was used to (many years ago) a set of Marshall oil colors that included:
Umber, raw umber
Ultramarine (blue)
Cerulean
Sienna & light sienna
Cadmium yellow
Cadmium red
Viridian (green)
Paynes Grey
(and a few others i can't remember, but definitely miss)

.... you know, a classic/traditional/'rennaisance' pallete.
I like that, i can work with it. This new stuff? I just don't get it.
I think it is served up for people who don't really have any background in art.

Enough said, i don't want to insult any current manufacturers... but... they just don't work for me. I'll stick w/ my simple pallete:


How did i work on coloring this 'face aglow'?
Now i am taking the hand-coloring in steps.
Before all this digital stuff, i dealt w/ hand coloring in two ways:

1 - If it was an assignment illustration, with an art director waiting for my work, on a deadline, i taped some tracing paper over the print, and did some planning/coloring w/ my 30 Y.O. box of colored pencils. After all, it's an assignment, and an A.D. is waiting for something to fill the page, and it's gotta be right, no two ways about it.
2 - But for my 'fine art' images? i can wing it, no deadline.

Well, thanks to 'digital' i can now shoot a fast and dirty digital pic of the B&W darkroom print, print that out on cheapo copy paper, and attack it w/ colored pencils, hoping to 'light the way' to a good handcolor solution.
As always, improvisation kicks in, and what i thought looked OK a few days before doesn't look as good as i thought it would.
So there was a progression of 'development' from B&W... to digital hand-color... to a sketch of traditional hand-color... to a final handcolor on the B&W print. Phew!!
What a long strange trip this is, you say? Yes, indeed.

First, I'll color a lot of small details, smaller than a q-tip is useful for, w/ water based inks, w/ a small brush.
Water based inks are hard to deal w/, in that whatever you do sinks in to the paper, almost immediately, and there's no 'command+undo' here. So you gotta be careful, and sure of yourself.
Then I'll do an overall oil based coloring... let that dry down for a few days, and come back and do smaller details. You can't go back and add more on the first layer of color until it has dried down, or you'll destroy the color you did before.
So what did i end up with? 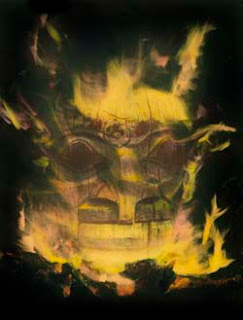 
I've done a number of prints with the 'totem pole face', this guy just keeps being evocative and very open to a variety of uses.
How many ways did i find to use this totem pole face?....Hmmm, let's see.
I shot almost a roll, B&W, on a Pentax 6x7...and about 5 or 6 digital pix on my crappy low-res (1200x1600pxls) Canon Powershot.
Here's what I came up with: 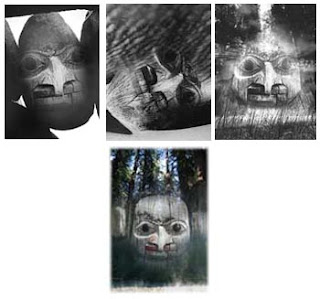 Posted by CaliforniaSilverwizard at 11:05 AM No comments: