This one is sort of an opposing throw back to the first montage print i made work: I have called it 'The edge of the world' for obvious reasons.
It's very simple - just 2 negs, dodged to blend well. Took me about 25+ sheets of paper to get it right.

'Onward upward' is the opposite - the stairs at Alcatraz lead into... the forest of Muir woods, huge redwoods, an escape indeed, if there ever was one. I have titled it 'Onwards, Upwards'. 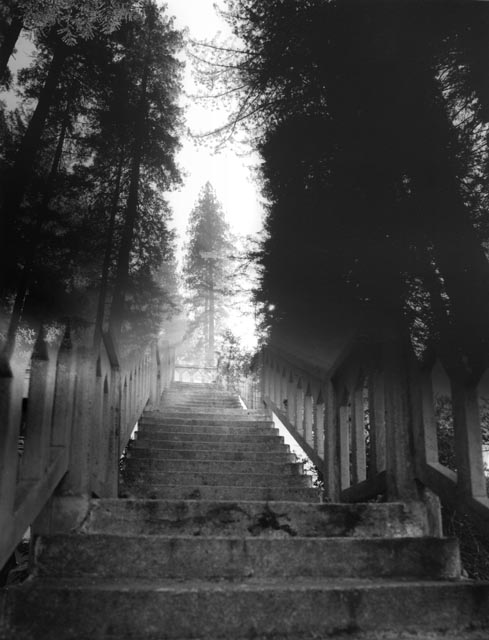 The 'whatever catches my eye' file is really fat this month.

"I believe the earth will survive us. It has survived far worse than us. Its 3.5-billion-year life history is a gauntlet of apocalypses. In every ancient crater and dinosaur fossil bed, you see a story of global endings.

Whether we survive ourselves is more the question.

And what of most other living things? Will they survive us?

I'm not willing - or even able - to wait the 6 to 10 million years it would take to return to current levels of biodiversity. That's how long global mass extinctions have taken to recover in the past. Key indicators point to us being in such an extinction right now. So, you have to ask, what comes next?

The most likely scenario, or at least the most hoped for, is that the planet remains generally supportive, and climates are stable enough we get to keep our pretty cities and bucolic countryside."

((This bloggers comment? - oh, no - i think it will get much worse, and take much longer to get better than we can imagine. Joni mitchell sang "we are stardust we are golden..."
No, we are poisonous cruel and thoughtless, we will get our comeuppance, our due, sometime soon ))

"I sit still listening to the many heartbeats of the forest. Summer has, fall has turned, and the world of animals moves ahead."

Wondering how climate change and the prospect of an ice-free Arctic might affect narwhal behavior in the future, scientists tracked these whales over the ice in helicopters. Knowing that whales use echolocation — sending out clicks of sound that bounce off objects in the environment around them — they placed microphones underwater and listened.

They found that with clicks of sound, like a flashlight switching on and off, the narwhals scanned their underwater world to receive narrow snapshots and reconstructed them into a larger acoustic picture — one with more resolution than any other animal on the planet, with the possible exception of beluga whales.

You think Photoshop is some great software? You ain't seen nothin' yet, read this article, until you get to the part about how after all the information is loaded and the 'start' button is pushed, it takes several days to generate an image. 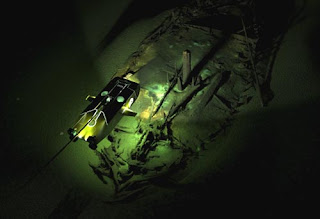 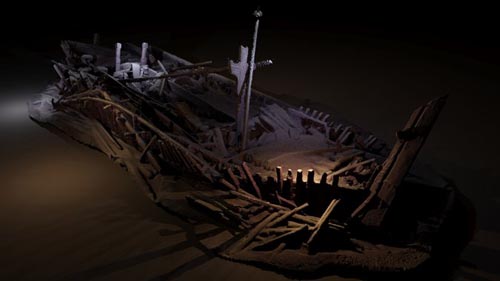 If you think humans are the only creatures that have smarts, feelings, empathy, perception beyond themselves, you are oh so wrong.

How a Donkey Became My Running Partner
We’d agreed to take this donkey because we figured he’d be fun and trouble-free. I didn’t know he’d set my life on an entirely new course.
Running With Sherman
By CHRISTOPHER McDOUGALL NOV. 17, 2016 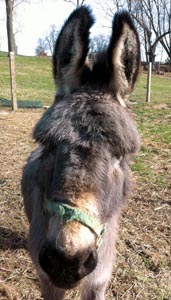 'Running With Sherman' is a weekly column exploring connections between humans and animals.
Next week: Training a Donkey

Looks like this could be a very interesting story...

A wild bottlenose dolphin, tangled in a fishing line, swims up to a diver in Hawaii and waits while the diver cuts the line free.

When a dolphin needed help off the coast of Hawaii, he was determined to let a scuba instructor know.

But yet slaughter of dolphins continues in Taiji, Japan: 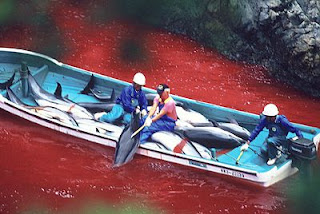 Yes, the water is red - blood red. Humans aren't the smartest animals by any means.
We are however the meanest, greediest, we lack morality that animals have.
Have you read stories about dogs that will not leave their sick/dying friend's side?
Or dogs that find their way to their owners grave??

Hope i have given you a few things to ponder :-)

Posted by CaliforniaSilverwizard at 12:45 PM No comments:

Labels: Black and white darkroom montage, black and white photography, california coast, darkroom montage, ocean, philosophy, surreal photomontage, surrealism
Newer Posts Older Posts Home
Subscribe to: Posts (Atom)
I do both traditional B&W darkroom work (most notably photomontage), and digital work.
So the post topics alternate between the two.
I still feel that I am at my best... in the darkroom.
http://www.bobbennettphoto.net/DarkRm2/index.html