I've been wrestling w/ some nasty developments lately - my aging (65 YO) lower spine has gifted me w/ this thing called sciatica, which makes bending over the easel, especially to use the grain focuser, and bending over those smelly trays of chems. into a very painful experience. So it's time to go digital with montage. I never thought it would happen but now that it has? ....WTF, 'continue on, dude'.
Taking 'fun' drugs is a youthful pursuit.
The drugs i take now stave off several not so nice conditions.

This one was done painfully, refusing to take one of the 95 or so hydrocodone pills i have. They totally wack your system. I won't join the legions of people who are addicted to this shit.

It went thru quite a metamorphosis from beginning to end.
It's a sandwich, two negs together in the enlarger neg holder, exposed at the same time.
The P'shop sketch looked pretty interesting.
Here's the window neg: 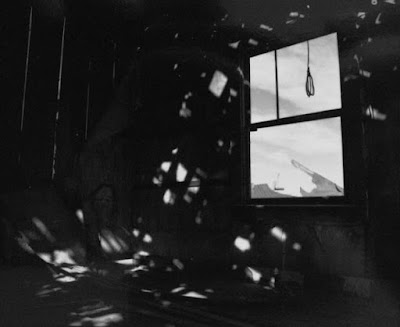 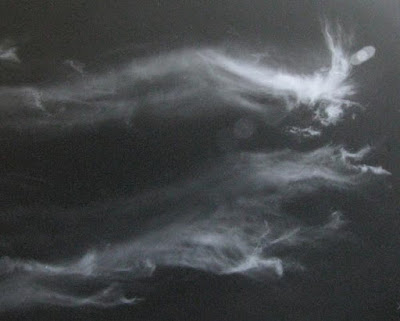 It needed some serious photoshop help, and got it, 'cause i really like what's going on. The window was shot somewhere in the mojave desert; the totally weird cloud, shot off my rooftop deck in SF, both many years ago. How i managed to combine such disparate elements i have no idea.
There's a saying: 'shit happens'.
But serendipity happens too.
Is the cloud inside the room, or somewhere beyond?
Make up your own answer.
Mine is 'both'.
Windows are common and finite, the clouds are infinite, at 20,000... 30,000 feet.

First, the digital sketch that got me going. 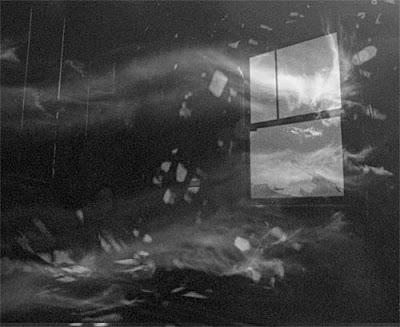 Then a quick dig colorizing that had some interesting possibilities: 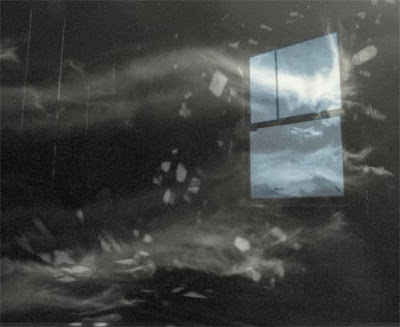 Then the darkroom print: 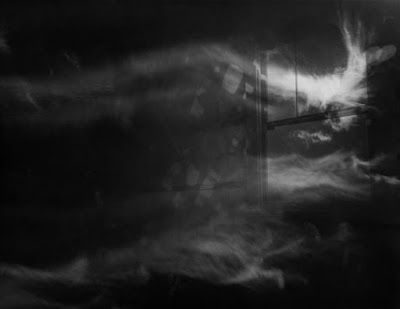 and finally the darkroom print w/ some digital color. 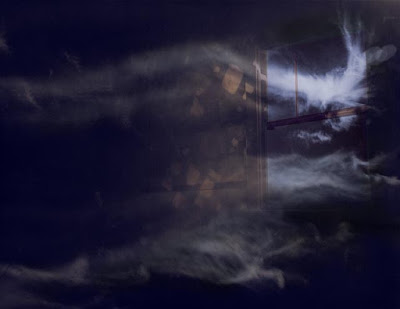 The key to making this work w/ the digital coloring is 'balance'.
There's a blue hue sat layer affecting the window, a selective color layer hitting up the background, and another SC layer wacking the details in the background. It's not really very complicated, you just have to have a plan that really addresses your ideas, and execute it, carefully and tastefully.
Yes, beyond 'balance'? - 'careful and tasteful' are the keywords. Always!

After many years of making darkroom photomontage (since the late 80's), and not being able to get arrested for it except for a few appearances in competitive group shows, and some assignment illustrations in various magazines ....I am designing & publishing books I make at Blurb with 'Bookify' - two of them are on Amazon, one is at Blurb. 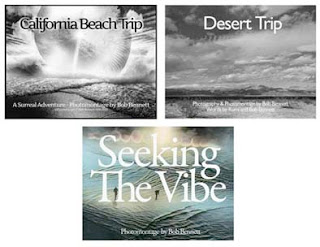 Previews of all at:
http://www.bobbennettphoto.net/BB_Books/index.html

Posted by CaliforniaSilverwizard at 6:07 PM No comments: