The 'whatever catches my eye' file

The 'whatever catches my eye' file which I put it at the end of a post is a hit or miss kinda thing. Sometimes there's not much worth mentioning, IMHO. Or maybe i am just not interested in whatever crapola the media head my way.

Other times, there's plenty that might have been off your radar, but deserves your attention, it caught mine, fer sure.

First let's take in some photography:

"In a sense, all photographs are ‘viewfinders.’ The window is also a ‘finder of a view,’ whether from within or without; as such, it acts as a surrogate for the camera lens and the process of photography."
The Window in Photographs by Karen Hellman


I have a few window pix myself, first the straight shots,
then the darkroom montage versions of one of them. 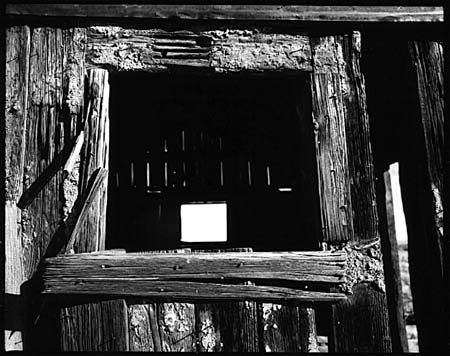 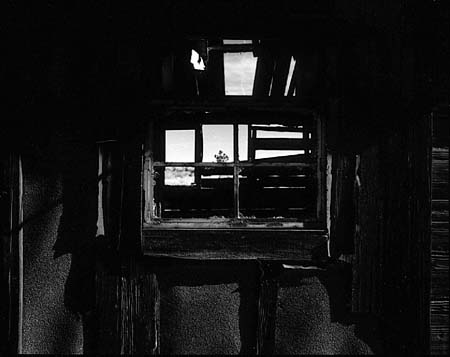 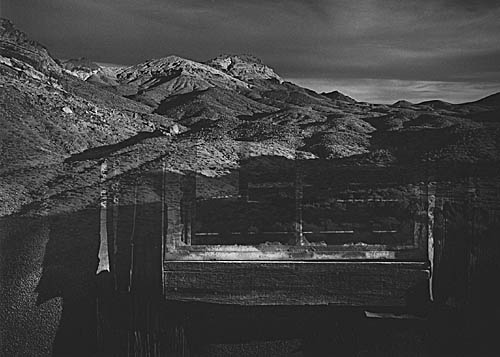 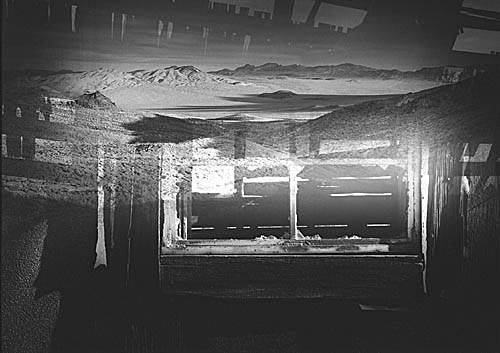 ------------------------------
I went to a most prestigious east coast boarding school that required i take Latin and one other language. I chose French. This makes one keenly aware of how fluid and subtle the way we express ourselves is.
American english is derived mainly from  British english, but there are a lot of other things added to the mix. Language is a constantly evolving thing. Especially now, in the internet age. An interesting piece about how fast things change:


A few years ago the acronym 'DWTS' would have been greeted w/ a 'hunh? WTF?' (there's another acronym for ya!).
Now we know it means 'Dancing With The Stars'. And 'What the fuck'.

There are many french words/sentences that have english equivalents.

There are also nuances between french and english that just defy direct translation.

'je ne sais crois...'
This is an easy one:
je = I
ne = this negates whatever follows
sais = know
croix = think

the whole phrase = 'i don't know what to think'

Another one - 'joie de vivre'
Literally 'joy of living'
English equivalent? not sure there is one.
So i found this story/link to be very interesting:

The Plot Twist: E-Book Sales Slip, and Print Is Far From Dead

On my bus commute to & from work a lot of people are glued to a small screen.
But there seem to be, thankfully, a few who read books. Many of them young, more than likely to be glued to some screen. But they are not.

Ten years ago, i was saved from almost certain death by a brilliant surgeon.
Here's a few words from another one:

"I love my profession. I truly do. It is a privilege to be someone’s surgeon. I have cured countless people of their cancer, improved and extended many lives and shared the highest of highs with my patients. Many times. But the lows are infinitely lower."

There is a great lesson in this image to be learned,
if you are willing to listen, learn. 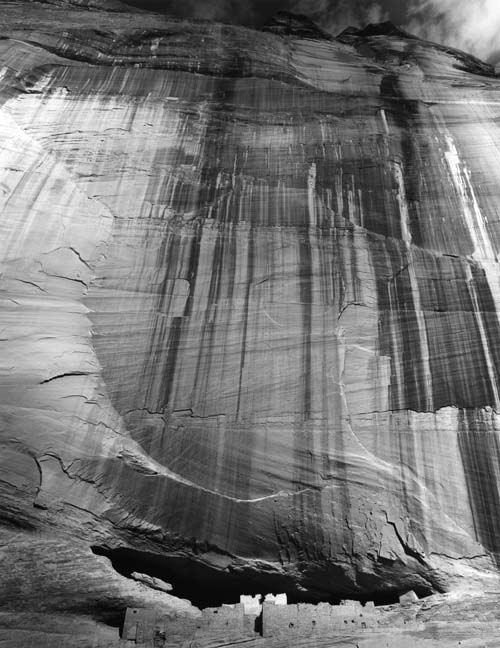 The first is about geology, the earth, the planet we live on, the tectonic plates our civilizations have rested their foundations on. But, whoops! they are not static.
Look at how carved that rock wall is - wow!

How many civilizations/cultures thrived and then died here is open to great and continuing debate. I have read a few books about this, and they all have a different opinion. Are opnions like assholes - everyone has one.
Perhaps so, but they are all worth discussion. And they make great reading.

The best of social orders, societies, can crash and burn.
This one did just that. Flourished, and when the tides turned (drier climate is the prime suspect) it all disappeared.
This is a brilliant fortress, I doubt invaders did these people in. It's about 50-75 feet above the valley floor, only accessible by rope ladder - pull up the ladder, no one can get to you.
Of course who knows how they got to this spot in the first place. I've seen petroglyphs 50-75 feet above a canyon floor, on rock walls that look unclimable. Unless you are as capable as the guys who recently scaled the face of El Capitan in Yosemite barehanded.

"It started with in-state tuition.
Then came driver's licenses, new rules designed to limit deportations and state-funded healthcare for children. And on Monday, in a gesture heavy with symbolism, came a new law to erase the word "alien" from California's labor code.

Together, these piecemeal measures have taken on a significance greater than their individual parts — a fundamental shift in the relationship between California and its residents who live in the country illegally. The various benefits, rights and protections add up to something experts liken to a kind of California citizenship."

Allow me a few words on immigration.
Times have changed, we now have countries with borders, and rules.

However the history of the American SW is immensely complicated, way too complicated to be dealt w/ by borders and rules. 'Kicking them all out' isn't a solution.
Donald Trump? Go take a flying leap, OK??
This simplistic thinking is actually part of the problem.
The Spanish were here (in Ca.) first, Vallejo willingly sold (gave?) Ca. to the US.
Whose economy and government would you rather live with - the US or Mexico? Given a choice, only an idiot would choose Mexico.

'There have beem many flame outs, but few will remain as unforgettable as Hendrix.'
http://www.thedailybeast.com/articles/2015/08/08/jimi-s-guitar-is-still-burning.html

I still listen to Hendrix, as enthralled as I was when I first spun 'Are you experienced' on a turntable.
'All along the watchtower' is marvelous from the first opening thrash to the ending fade out.
BTW, that's Dave Mason playing acoustic guitar on a 12 string. *Beautiful* chord progression.

Here's one my shots that makes me wonder 'how the hell does it end up like that?'
( I am referring to the rock on the far left, a balancing act)

Here's some kind of answer:
http://www.huffingtonpost.com/entry/mystery-of-bizarre-balancing-rocks-just-may-be-solved_55c4e05ce4b0923c12bca93e?kvcommref=mostpopular

I photographed architecture for 10 years on a 4x5 view camera, so anything about architecture is more than likely to catch my eye.
I have read a few articles about a Chicago based architect, a woman who has designed buildings with marvelous twists in them. They defy the usual straight flat facade. Dealing with wind stress is a major part of her concerns, and anyone who designs skyscrapers.

I am in an apt building just 5 stories tall, and when the wind is howling, i can see the water in my toilet bowl slowly rocking back and forth. At ten or twenty times this height? The structural stress must be enormous.

So far, with all the sway, i haven't missed the bowl, taking a piss.

I couldn't read most of this, the sfchron website is nothing but headlines and an ad for subscriptions.
But just the title gives me a good idea of what the story is about.

'detour from paradise to parody'?

Many cities have gone thru this kind of change. And probably more will.
I graduated boarding school in NH in June 1969. I then went to American University in Wash DC., for all of two semesters. Then I dropped out. Tuned in, turned off, ( or is it the other way round?) as the saying goes.

At that time DC was a rather sleepy sort of southern place, nothing very tall.
K street was all 3, 4 story townhouses, apts for rent.
Now it's glass and metal, 12 stories tall, full of lawyers and lobbyists.

Alexandria Va, just across the Potomac?
Was mostly black, (white) people told me 'you don't want to go there'.
I lived there in '73 - '75 never had any problems w/ anyone - it was live and let live territory ... I wandered the streets on Sun. AM w/ an old Nikon and 24mm lense. Some saxophonist was playing out in the open, for anyone in hearing distance to hear. The perfect sondtrack to a walk at sunrise.
Easy to smoke a joint while walking, there wasn't a soul around.
Before any of it was 'yuppified', which happened pretty soon thereafter.
I remember Springfield Va. when it was really just a field, not a mall or a suburb.
I remember buying a used '60 Chevy off a guy's lawn for 150$ somewhere out there.
Best car i ever had, bar none. You could put a huge TV in the trunk, with room to spare.
That slant V6 engine was awesome.
It was stolen off the street in DC a few years after.
When i described it to the police officer, and mentioned the slant 6 engine?
He said 'forget about finding it - they knew what they were stealing - that engine!'

Bottom line? Everything changes, all the time. But that shouldn't be news to anyone.
Hope you have enjoyed this meandering somewhat off the topic of photography post.
Just so you don't think i have strayed too far from photography, here's an image that will show up in a future post. 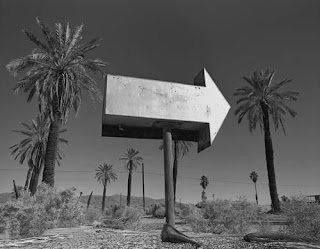 I would give you that same advice  -
('let your imagination run wild') even without the photo.

Posted by CaliforniaSilverwizard at 11:48 AM No comments: