Here's the photoshop sketch of this entry's montage: 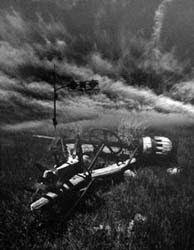 But first, the 'whatever catches my eye' file. 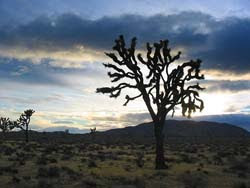 Slab City, a trailer park utopia, thrives in remote desert
Refugees from society and the recession gather at a former Marine base near the Salton Sea. Residents, like Half-Pint and Moth, make their own rules, give talent shows and hold religious services.
By Tony Perry, Los Angeles Times
December 18, 2011 Reporting from Slab City, Calif.

Penny Puckett came to Slab City and fell in love.

After four years of "bumming around and hopping freight trains," the 25-year-old from Kansas City arrived at this hardscrabble section of the Imperial Valley desert and immediately embraced its sense of liberation from society's rules and norms.

What others might view as desolation and deprivation, Puckett saw as a way to reduce life to its essence: water, food and shelter (plus Internet and cellular phone service).

"Slab City people have a great need to live with just the bare necessities and are happy about it," she said.

Photobooth shop offers tintype, Polaroid shots
'our lives are increasingly lived in the digital realm. "People feel the loss of that tangible object...."


The AFP has put together a collection of their most fascinating photos of 2011. From Occupy Wall Street to cuddly critters at the zoo, here are a selection of their choices for pictures of the year. 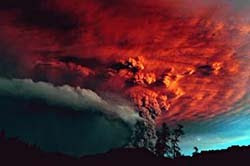 _________________
Sunday Dialogue: Reading Books in the Digital Age
Readers discuss the choices to be made in the digital age: buy books online or at the local bookstore? Read e-books or paper books?
http://www.nytimes.com/2011/12/25/opinion/sunday-dialogue-reading-books-in-the-digital-age.html?_r=1

In 1925, America’s first motel, the Motel Inn, opened in San Luis Obispo, Calif. Today we look at the ubiquitous motel architecture, from Niagara Falls to Las Vegas to the Gold Coast of Australia. 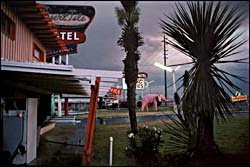 Onward, to some montage! Here's the final darkroom print: 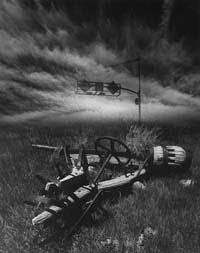 This strange vehicle was shot at Bodie, in Ca., a ghost town that has been very well preserved, is very visited and photographed. Didn't know what to do w/ this frame, for many years.... finally connected it up w/ a suitably arresting sky... and a very simple frame of a traffic sign, in the middle of nowhere ( 'what traffic is there to be directed in this totally vacant space?'). 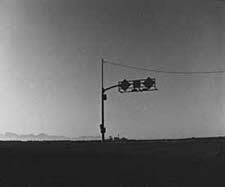 Looking at this negative, one could easily say 'why would anyone want to take this picture?', this is sooo painfully dull.
I got my own peculiar reasons for taking many negatives, i can't even define what they are, i just know i see something, some trigger in my mind goes off, and i am reaching for the camera.
Captain Beefheart (Don Van Vliet) said: "First idea, best idea". I usually run with that one.
(http://en.wikipedia.org/wiki/Captain_Beefheart)

Potential title for this one?
"Drivers wanted - must be experienced".... (but maybe that's not just experienced in the usual way... but, uh.... experienced in a Jimi Hendrix kinda way:

(Rather than trying to be funny or clever, I just left the title at 'Vehicle'.)

Technically, this is very simple - there's the vehicle at the bottom, a menacing sky at the top, and the traffic sign somewhere in the middle distance. There is, however, a trick to burning in the traffic sign - look at the neg, the sky is not white ( which would make it easy to burn in). This was taken w/ a simple Yashica D med. format camera, since I am too cheap to find a glass screw on yellow filter - I am always shooting outdoors, the yellow filter makes skies much less 'blown out to white' since yellow is the opposite of blue on the color wheel, it makes blues dark - I tape a small piece of yellow gel inside the camera, behind the lense. But that doesn't allow me to remove it for a few frames, that's OK, I shoot away anyway.
How do i burn in that traffic sign smoothly/evenly? Well, along time ago, in the mid '80's when i was first starting to get into montage, i studied the work of other 'special effects' photographers, and came up w/ this simple saying: "There are no rabbits" as in rabbits that can magically get pulled out of a hat. What photogs had to do before photoshop was use many other tricks.
'There are no rabbits'...but if you think about it, a path to a finish can be found.
Hipgnosis was a British graphic design collaborative I tuned into - they did many striking album covers. Remember 33rpm 12" diameter LP? What a great venue for art! Way better than the lousy 5x5" for a CD. 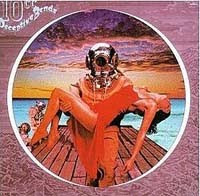 So what I did to burn in the sign seamlessly was to hold back the area in the sky where the sign was, maybe by 25% of the exposure time, softly, smoothly. So when I burn in the sign?... I don't just confine the burn to just the sign, it continues into the sky, compliments it, and... voila! it ends up being seamless, what i held back in the sky, was filled in by the tone in the sky beyond the sign.

OK, let's get to the obvious question 'what the hell does this mean?/what's going on here?'.
I have no answers, in fact i think the image asks a question, and leaves it open, and I like it that way - here's a totally unique vehicle set aside, unused, & confronted w/ a common traffic direction sign. What is the relationship between the two?
You decide. I can't... or won't, as the case may be.
Perhaps the driver of this unique machine was unable to follow the traffic directions, and just parked and walked away.
Or perhaps the driver was unwilling to take directions, he or she is thinking "If I'm driving a vehicle like this, do you think i need any directions of instructions?!?"
The lightest area in the image, just about dead center, is the perfect 'deep distance' - does this mean it's a destination of sorts?.... or is it the place the vehicle has fled?....
It's all enigmatic, and better left that way.

Larger images, a bit more talk, at:
www.bobbennettphoto.net/BeachBlog_2012/Vehicle/index.html
Posted by CaliforniaSilverwizard at 1:24 PM No comments: