Time for another sandwich

A landscape from Joshua tree, Barker Dam Lake
(who'd think there would be a lake in a place a desolate and dry as Joshua Tree?): 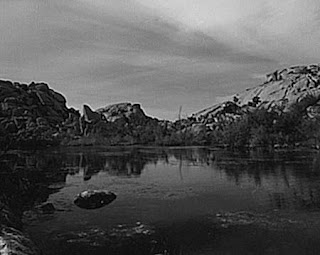 They make for an interesting vision. Questions abound - how did the rolling stones get there?? What has rounded them, and rolled them to this place? Here's the two sandwich prints: 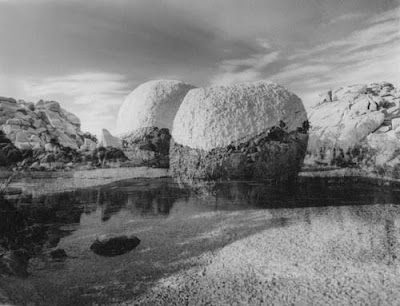 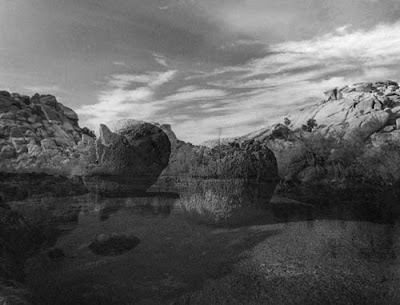 The little details are intriguing: 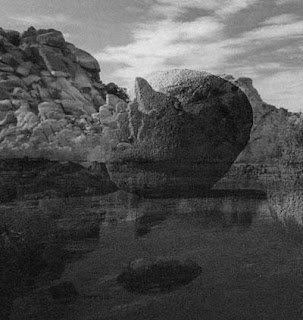 There are many such conundrums to be found at Joshua Tree NP. 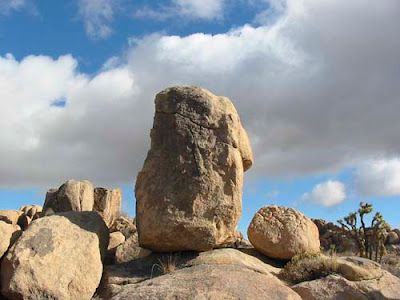 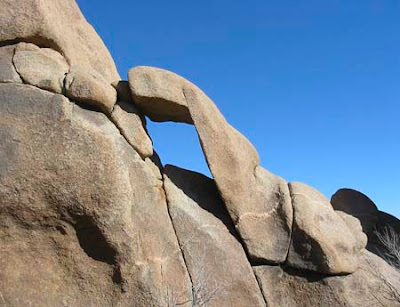 Perhaps the two rolling stones are not solid rock, but lenses, allowing a view to geologic history, the shaping of this place by nothing else but water, vast quantities of it, over many millions of years, more fingers and toes than you can count on.

This one really screamed 'hand-color me!' So I did. 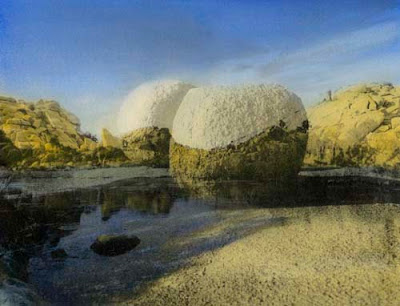 I must admit that after i scanned this, i hit the 'hue/saturation' buttons rather hard :-)

I find this to be very depressing:

“Most of my top clients are on Instagram,” said Gorvy, who joined in March 2015 and has 54,000 followers. His daily posts are a mix of art images, artist quotes, personal musings, lyrics from David Bowie or Leonard Cohen. “That’s where the future is. It’s now, it’s happening.” 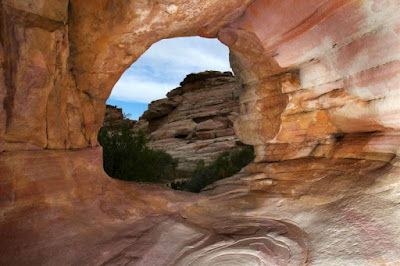 But Navajo Nation President Russell Begaye called it an exciting day for his tribe and people of all cultures.

"We have always looked to Bears Ears as a place of refuge," Begaye said. "The rocks, the winds, the land — they are living, breathing things that deserve timely and lasting protection."

Some westerners, the Clive-Bundy-type crowd, view their 'rights' ( to 'manage', mine, profit from the resources of the land) as superior to the larger 'rights' of those who would want it saved intact, or at least as intact as is possible at this point in time.

Let's back to a more basic concept - Who really 'owns' land?
Answer: No one. Not really.

Posted by CaliforniaSilverwizard at 6:06 PM No comments: