Symmetry gallery - how a 'one off' turned into a whole new thing.

Some somewhat 'wild and and crazy' advice:
One of the best things about photoshop or any kind of image making is you can come up w/ an image ( that might turn into a 'theme')... and then 'kick the can down the road'.
Save whatever half baked thought you had, come back to it later and bake it a little more. This is something you should try as often as possible, what you do just might blossom into something new, keep doing a bit of work on an image then.. keep kicking the can down the road! ... and adding adjusting something.
It applies to darkroom work also.

Almost 20 years ago, i printed this image: 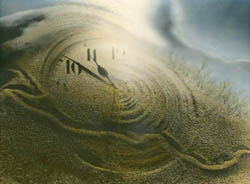 It seemed like a 'one off'/one of a kind' at the time.

I have always liked the circular grooves in the sand that a few blades of grass can carve, blown by the wind, it seems to remind me of a clock. Every time i see this, i shoot a few pix, whether it's film or pixels. 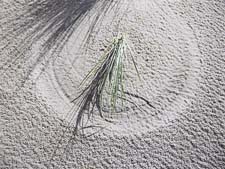 I've always liked mandalas, for over 40 years - fascinating stuff.
6 or 7 years ago I did a digital image inspired by the darkroom print above that was sort of symmetrical, sort of mandala-ish, and i turned it into something else, still thinking of it as 'one off'. My old 'art director' muscles kicked in, loving typography, i created the roman numeral numbers on the 'clock'. The shadows work like a sundial, casting themselves onto the hour. 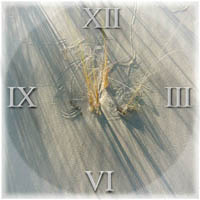 The idea of symmetry like this kept popping up, in numerous images, impossible to ignore.
Then, when my dad died a few years ago, my step mom sent me a few things of his that she thought i should have. The shirts were nice, he was about my size, he had good taste.
But the best thing.... was this pocket watch! 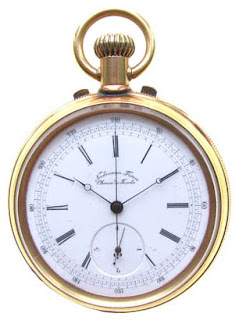 That's how people did it, a long time ago, it wasn't strapped on your wrist.
So i shot some pix of it, and scanned it too.
Put them all into this blender called a 'brain'......
and it became: 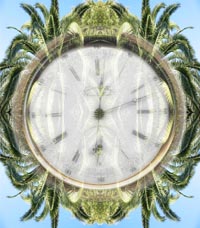 I guess I have to call it a 'Palm clock', I can't think of anything better.

The idea of symmetry really kicked in at this point. 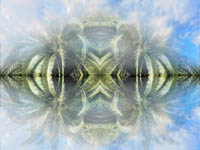 I shot a really nice petro-glyph in Nevada 4 years ago:

...and then duplicated it 3 times, spun them 90 degrees each, added a scan of a cheapo compass i had, added some landscapes, and came up w/ this: 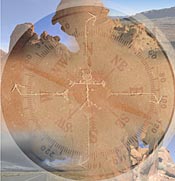 How did i get from the beginning to this end? (but it is NOT an end, make no mistake about it, it will continue!).....I have no idea.

Just keep... "kickin' the can down the road"! and workin' on something!


Larger images, as always, at a page on my site, including a few on this theme not included above, and some small PSD files of a few images for your edification:

This months 'whatever catches my eye' file?

Here's a couple that relate to this month's symmetry topic:

Miniature Worlds Digitally Assembled From Hundreds of Photographs by Catherine Nelson
By Christopher Jobson
Posted Friday, Oct. 26, 2012, at 7:00 AM ET 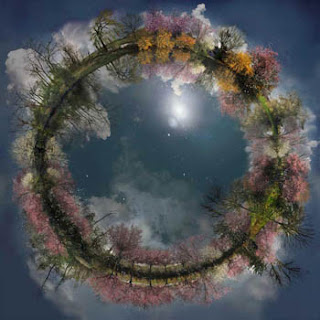 ...and a good article, also on topic for this post:
The Geometric Food Art of Sakir Gökçebag 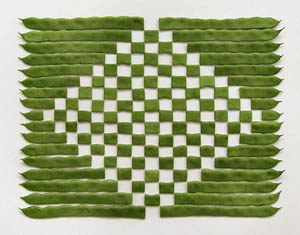 Last post, I included a link to a guy who applied this technique to San Francisco, using shots taken after the earthquake in 1906, and blending them w/ present day SF.
Now someone has applied this to Europe.

Photo montage shows Europe's past blending with present
Europe's war-torn past is never all that far from the present. This becomes eerily clear in "Ghosts of History," a series of haunting photographs that overlay images from France during World War II with present-day pictures of the same locations.

"It’s easy to forget now, but instant camera maker Polaroid once matched the mythos — and ubiquity — of Apple. Much like Steve Jobs, founder Edwin Land was single-minded in his determination to create unique products with a strong affinity for design. For Jobs, Land was an all-time hero.

In the new book Instant: The Story of Polaroid, New York senior editor Christopher Bonanos traces the dramatic rise and near-collapse of one of America’s most iconic companies."

Posted by CaliforniaSilverwizard at 4:19 PM No comments: