I've heard many photographers say much the same thing about photoshop - it's a schizophrenic beast - you can do anything - which is simultaneously liberating... and suffocating. Easy to get lost in possibilities. VERY easy. But sometimes it's not so bad to get a bit lost.
I have one image that has been a few changes. It started with a shot made in Blythe CA, after dark, of a neon sign. 'Coffee shop - cocktails - lounge'. Here's the quick digital sketch that kick-started the darkroom work: 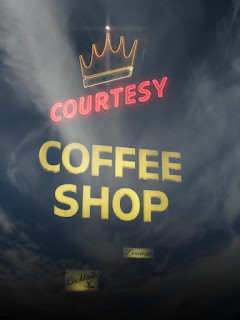 I really like this one, here's the darkroom montage: 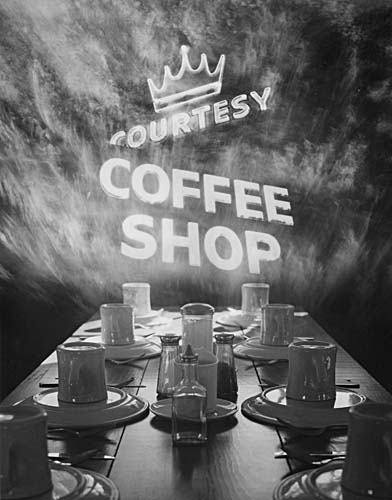 And a hand colored version: 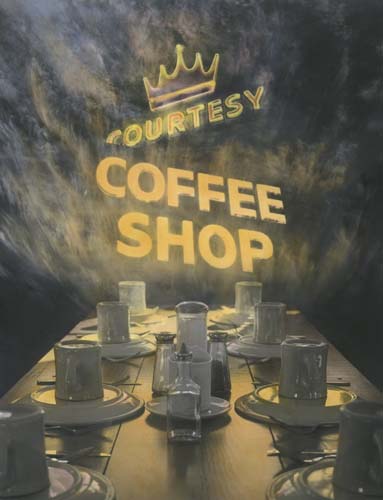 It reminds me of many late night stops for food at who knows how many places in the Wash DC area I lived around for many years - '70 thru '92. A place on Wilson Blvd in Arlington Va suburbs...
Big fat meaty subs at 2 AM.
And a street-side shack in Alexandria Va, before it was yuppified, BBQ, hot dogs w/ all the fixin's, i was the only white person there. No problem. The racist crapola that goes on now just didn't seem to exist back then, at least at this place, just few years after riots in DC. I guess they figured if i was brave enough to be there, i was.. well... brave enough to be there, and was OK/'cool'.

Signs like this one are for some reason really a magnet.
I've come across a few, and they all sigh and moan of someplace that was, once, but is gone. Hopefully not forgotten. 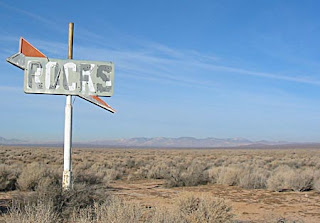 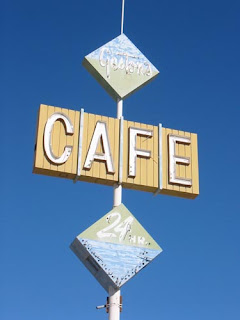 Nowadays you drive down a freeway/interstate and see 100 foot tall poles, with 'Burger King' logos, and the like. They scream, they yell - don't need to. Any damn fool knows that taking any exit will lead you to food in no time short, so why all the fucking 100 ft tall noise? It obscures the view to a most beautiful never ending cinema - our skies.
In Edward Abbey's most marvelous book, Desert Solitaire, he describes his tenure as a park ranger at Arches Nat'l park many years ago. He was once visited by gov't folks who told him the park was going to be 'improved', new roads built to accomodate visitors. They left a trail of stakes w/ orange flags on them, marking the way the new road would come. In his infinite wisdom, Abbey proceded to pull up all the stakes, and fling them into the desert, erasing the 'gummint' boys work.
I'd like to do that to 100 ft tall logos, but it would probably require dynamite, and i would get in deep trouble.
I will hope that the rising El Nino will bring super fierce winds, and knock them all down, save my sorry ass for being carted off to jail.

I love the plates, cups, and silverware, all laid out just so.
Ready for pancakes? Bacon and eggs? Maybe some hash browns?

The 'whatever catches my eye' file has been making few appearances lately.
Here's one that's worth it:

They even a book on sale that caught my eye, seeing as how in my recently published book, 'California Beach Trip:
www.amazon.com/dp/1364579138

....I have this image of Limpets, small mollusks that cling to the rocks, survive the pounding waves: 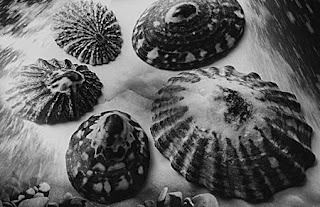 And they are selling this book: 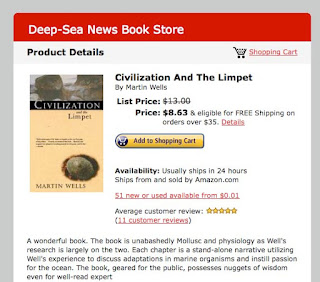 What do ya fuckin know.

Posted by CaliforniaSilverwizard at 4:28 PM No comments: