If i come upon a few negs months ago, and make a montage, ...and then come back to the same negs/montage months later, unknowingly and most circuitously, and do another somewhat different montage.... am i repeating myself, wandering in the woods?

Or rather recirculating, revising, updating, improving?

This collection of rocks is called 'seven sisters', there are of course,
seven of them, all 50 ft. tall. 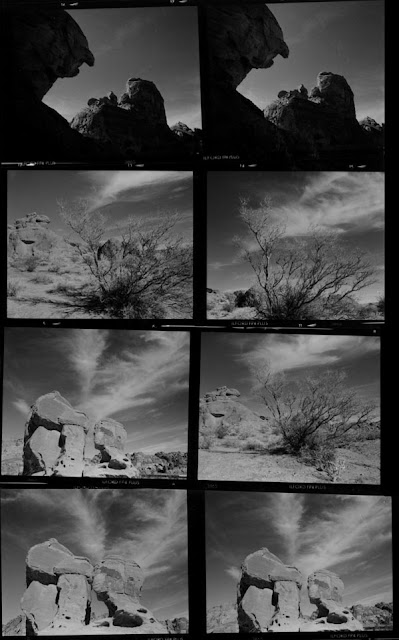 I'm not sure, not sure i care which is which.
The color version was first, the B and W was second. 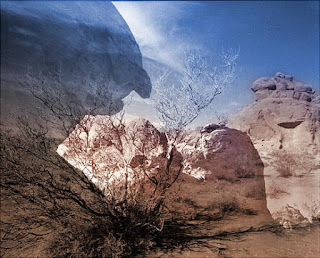 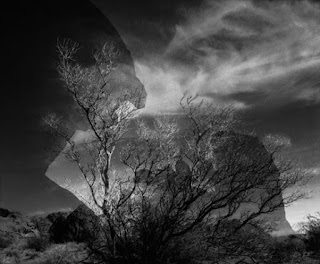 Just switching the orientation of the octillo (?)(foreground) changed everything.
Now the highlighted upper branch extends into the rock at the left in a different way, it's the same image, sort of, but not the same.

In the 'whatever catches my eye' file:

Maybe it's time we Homo sapiens re-evaluated our relationship with the oceans of the world.

Please take a few moments to check out my self published books: 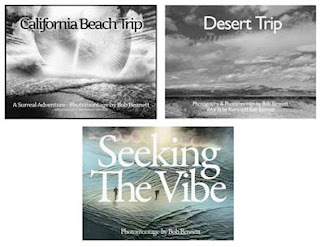 Previews of all at:
http://www.bobbennettphoto.net/BB_Books/index.html
Posted by CaliforniaSilverwizard at 5:46 PM No comments:

Labels: black and white photography, california desert, digital photomontage, photomontage, photoshop techniques, rock formation, surreal photomontage
Newer Posts Older Posts Home
Subscribe to: Posts (Atom)
I do both traditional B&W darkroom work (most notably photomontage), and digital work.
So the post topics alternate between the two.
I still feel that I am at my best... in the darkroom.
http://www.bobbennettphoto.net/DarkRm2/index.html